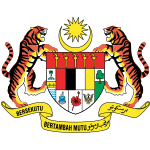 WHAT THE TRIBUNAL APPEALS?

Hear appeals filed by someone who is not satisfied with the decision of the Commissioner under the PDP as follows: –

If the data is not satisfied with the decision of the Appeal Tribunal, what action can be done next?

User data may request a judicial review (review Juician) by the court.

WHAT POWERS OF THE TRIBUNAL APPEALS?

The powers of the Appeals Tribunal are: –